Insight is an enchantment that enhances the experience you have gained while using a sword or bow. You can go up to level lll. Once you use a bow or a sword enchantment to kill a player or mob then automatically the amount of experience gets increased.

This is an enchantment that helps in healing the players when it is defeated by a mob or some opponent. The amount mended is a little bit of the extreme health of the target mob. With every single tier, the amount of health gets leeched. You can easily measure a mob’s HP with this. It is only applicable one those ore blocks that drop themselves when broken. Once the tool is enhanced by smashing and smelting then the effect of 5% or splashing is applicable on smelting before breaking the block. Both of them can’t be applied together. When smelting is applied you can’t apply smashing enchantment on it. 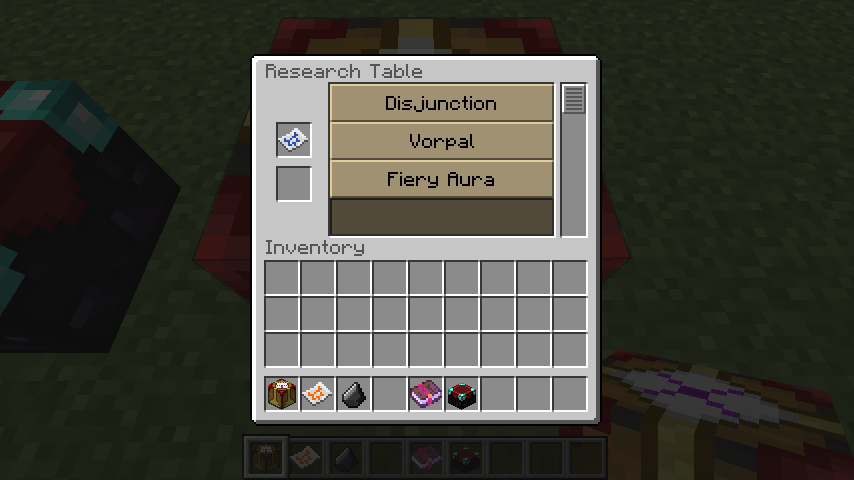 This enchantment gives power to axes and swords. It also increases the damage and usually drops mobs on players’ heads. The maximum level is |||. It can easily be applied on swords, sickles, and axes. Once a mob is destroyed with vorpal enchantment then there’s a lot of chance of the amount of damage that can easily be dealt with by multiplying by 5. This enchantment enhances the storage capacity of tolls and blocks. The maximum level is level 4. It has a thermal foundation that shows different aspects of knowledge which can be further enchanted to gain more experiences. In thermal expansion, few blocks and few tools can be enchanted. A few of them are as follows.

It is a block that stores a greater quantity of Redstone Flux. It can be easily picked up and discontruct by using a wrench. You can easily store its energy for later use. You can mine it with the help of pickaxe.

This gathers all the fluid. Although it is very much similar to the bucket its functions are different as it refills all the tools automatically and you don’t have to do anything manually.

This is used to store and restore a greater amount of single items. You can easily mine it with the help of a wrench.

These tools get stored. It can be secured and moved very easily. You can easily store as many items as you want to store. There’s no restriction or limitation to it. You can mine it with a wrench but the speed will be quite slow.

Satchel is used to pick all the random tools, weapons, and items and store it automatically.

In this, you can easily add more water cans so enchantment can be done easily.

The purpose of this thermal innovation is that it helps to enchant and enhance its capacity. Headhunter enchantment is very beneficial. It is based upon beheading as it gives various chances to players when killing the opponent player. In case your head drops during the fight this enchantment will trigger and will give a sign of caution.

This enchantment is referred to OpenBlocks. It is applicable on all the armors till level III. Once the armor is enchanted with instability then it will trigger whenever there will be danger nearby. Gunpowder will be taken from the player’s inventory to secure this enchantment. In case an explosion occurs Unstable I or II won’t damage blocks.

During the game, you need to save yourself from mobs, opponents, and enemies. So make sure to have your insight enchantment helmet along with you throughout. As it will protect your head from damage and will keep you safe till end.

A Microsociology of Minecraft Play