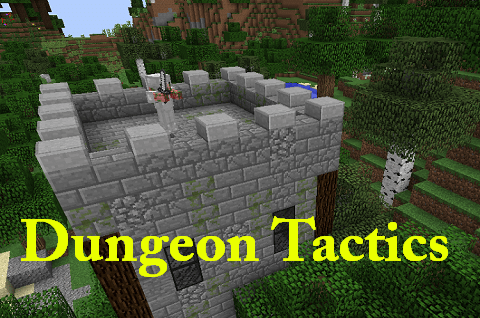 Dungeon tactics mod is considered to be the most interesting and fun mod in Minecraft so far. It has come with amazing new features with newer more exciting melee weapons, improved range weapons, and brand new tiers of tools and armor. Dungeon Tactics Enchantments are an increase in your hero’s abilities that allow an enhancement in its weapons and armor etc. These extraordinary powers will open new doors of opportunities for your hero. These enchantment gear can be divided into 3 categories, melee, armor, and range. These enchantments come with a complete range of abilities that can add a diverse range of variety to the game. Interestingly there is no restriction regarding adding different enchantments at one time.

A comprehensive Dungeon tactics enchantments description could be put as the tools and weapons that will enhance the combat and overall abilities of your hero. It allows you to set up clever traps around your base to protect it from intruders. This mod brings in a fresh feel to the game all the while keeping the original spirit of the game intact.

Improve Your Gear by Repeating Levels

Minecraft Dungeons is a combination of pre-designed and randomly created rewards. although the overall display and layout would look similar would feel familiar, various enemies, their loot drops, and chest locations will be different almost every time you come back.

We suggest you play the levels over and over again, each time enhancing your gear to make the most of it.

As higher difficulties get you higher level gear and it makes sense to set your level to the most difficult one.

Don’t be tempted by this, though. Unless you’ve attained the recommended power, or better yet, are above that level, those fights will be tougher than they should be which can be frustrating. Put the power on the highest setting only if you’re able to maintain it. You can still earn tougher gear and increase your emeralds. 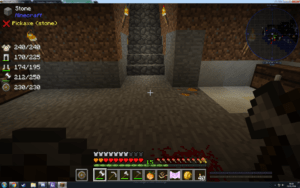 Along with the regular loof of weapons and armor, emeralds are also earned in each level. Don’t just stash those away and make good use of them by spending these at the two vendors you see at your camp:

You can get a random item from each of them,  Blacksmith offers you gear,  the Trader offers you artifacts in exchange for emeralds.

Minecraft, beyond construction and survival